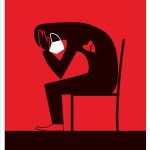 Two blogs in one day?  I appear to be a font of wisdom today, so I’m going to go with it . . .because it doesn’t happen frequently. I should also mention that, although we’re in 2021, this blog is in the 2020 category because in some ways it feels like December 77th, 2020.

Yesterday, my social media timelines were filled with an explosion of hearts and sentiments of love, and on the other end of the spectrum, I received a handful of phone calls and texts from disappointed people whose expectations weren’t met.  I’m really tired of my friends being unhappy.  I guess they could lower their expectations, but why should they have to?

Over the past year, we’ve had a lot of time on our hands, and we should have had moments of introspection.  I was having a conversation with my BFF Lorrie yesterday, and we agreed that there are so many things that we miss about our youth, times passed, and moments that we carelessly lived through, without realizing that one day, we would want them back.

My point is that, if you have someone in your life that you care about, you should always make an effort.  And not just a ‘meh’ effort, where you only stretch as far as is convenient, but one that takes you off your path a bit, and forces you to think and really consider what would make them happy . . . and then act on it.  Never mind that we’re in the middle of a pandemic, and that we’re unable to do what we might if the world was wide open for all possibilities.  (Truth be told, some of you are blaming your lack of action on COVID, when, in reality, you’re rather thoughtless when all options are available.  I’m just sayin’.)

Keep in mind that you’re always creating a memory, which can last forever.  I’ve been “blessed” (cursed) with an eidetic memory, so I have the pleasure of being able to recall traumatic birthday experiences of several years ago that can anger me just as much to this very day.  To the point where, whenever my birthday month rolls around, I feel an immediate sense of dread. The good news is that the flip side is also true.  Whenever something has made me happy, the memory can be uplifting and gratifying.

I promise you that, at some point, your relationship will be at a crossroad, and these memories can either be the points that save it, or the straws that break it.  If your significant other is making a decision about whether or not to stay, you want him/her to look back, and make an unquestionable decision in your favor.

So, the real question is, what type of memory would like to be attached to?  Do you want your significant other to look back on their birthday/Valentine’s Day/etc., and feel hurt and disappointed?  Do you really want to take that chance?  Or would you prefer for him/her to feel as though you went above and beyond, and look back on the day in question with a smile?

And I realize that many of the offenders will have excuses, so let me help you out:

If you’re a member of the selfish faction that’s reading this blog, keep in mind that efforts have to be reciprocated to strengthen the foundation of a relationship.  So, what’s in it for you is the reaction, the happiness, and the goodness that will be returned tenfold.

Mind you, repeated instances of thoughtlessness and a continued extreme lack of effort are indications that you’re with a person who can’t be bothered to make you happy, and can also be the Universe’s way of showing you that you’re in the wrong relationship.

I hope this helps someone!  <3 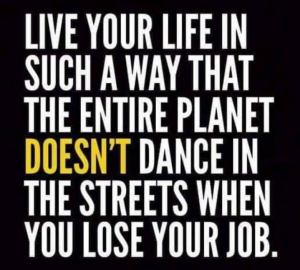